Army cloning will leave Dota Underlords in the future

Army cloning will leave Dota Underlords in the future ⚡⚡⚡ Esports and gaming news, analytics, reviews on WePlay! The latest news on WePlay!

A few days ago on Reddit, Valve developer Adrian Finol stated that army cloning will eventually be removed from Dota Underlords. Specifically, when asked "Is valve going to keep the 'your army is cloned for battles' thing?" he replied no. Finol also added, "Proper symmetrical battles are currently being tested internally."

This thread has spawned another one that's full of fans debating over the pros and cons of this decision. No ETA has been given, but with the current rate of updates, it could be any day now.

In Dota Underlords, all 8 players have a board and every round, each player board attacks another player's board. This mechanic allows for situations in which the player attacking your board is different from the one your board is attacking. It's partly the reason why matches take so long, but it basically doubles players' chances of success too. 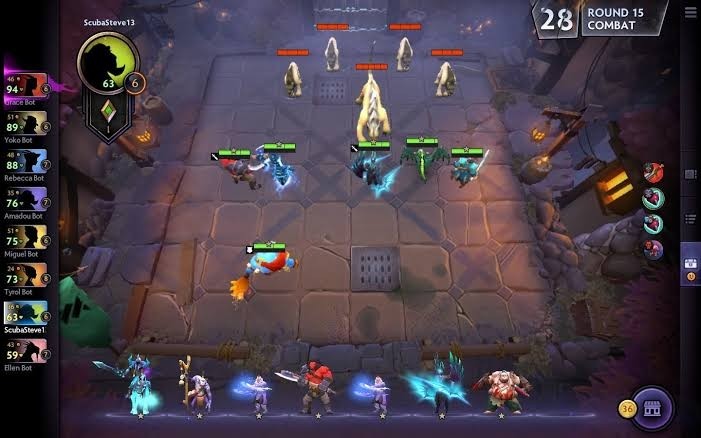 With the introduction of 1v1 matches, the number of matches would be halved, a saving grace for those that prefer to play  in short bursts. It will also mean that a player's chances of winning have reduced. Being essentially a team management game where players do not directly influence their army's actions, 1v1 matches would increase the effects of RNG on the game.

For now, there's no real lead between players that welcome this change and those that don't, but that might change with time. Valve continues to test 1v1 matches, but if the majority of Dota Underlords' players protest the change, will the developer still go ahead with it or abandon the idea? Teamfight Tactics is currently believed to be the only autobattler that employs 1v1 matches.