Alliance won its first title of the current CS:GO season at DreamLeague Season 12, which took place from October 18-20 at Rotterdam Ahoy.

Finishing at the top of Group B, they defeated Ninjas in Pyjamas 2-0 in the Winner's Final and didn't lose a single map until the Grand Finals. In fact, they lost two maps to Demon Slayers in the entertaining best-of-five series.

Demon Slayers took everyone by surprise with its performance at the event. Underestimated, especially after its poor performance during the Group Stage, the NA team fought its way into the Grand Finals. Basically an unknown entity with a stand-in that they had never scrimmed with before the event and no sponsors either, no one thought they would get far.

After losing both their matches in Group A, they worked their way through the Loser's Bracket to meet Alliance in the Grand Finals. The underdogs first beat J.Storm 2-1 and then had a rematch with Team Liquid, which they won 2-0. Demon Slayers then beat Ninjas in Pyjamas 2-1 in another surprising rematch during the Loser’s Finals. 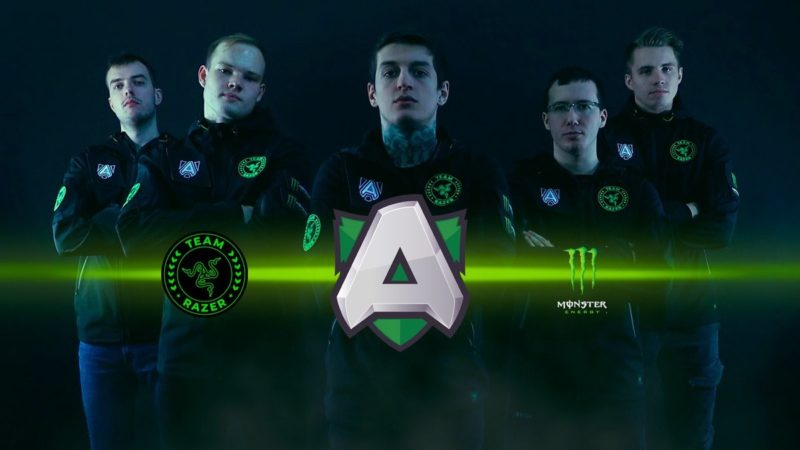 No one even expected Demon Slayers to make it this far in the first place, but when they took the first two maps, it was clear Alliance needed to step up or lose. This was the team that hadn't lost a single map during the event up until that point and they even demolished Ninjas in Pyjamas in the Winner's Final.

With one win away from victory, Demon Slayers could almost touch the trophy. Their success during the early maps of the final series was thanks to perfect rotations and team synergy. So Alliance adjusted to their playstyle. Picking more familiar heroes, the favourites for the win proceeded to deny Demon Slayers any foothold on the third map, eventually taking it.

The fourth map didn't fare any better for Demon Slayers as Alliance continued to adapt and counter their plays. It was clear the Sweden based team had underestimated their opponents for the last time. Alliance went all out, easily taking the fourth match and bringing the series to a tie.

The pressure was mounting, but unlike Alliance with all its experience and its recent two back-to-back wins, Demon Slayers lacked the mental fortitude. Alliance took the lead and maintained it, but all Demon Slayers needed wo win was a small slipup. Unfortunately for them, no opportunity like that emerged, putting Demon Slayers in second place and crowning Alliance the champions.

Demon Slayers took home $60,000, hordes of new fans and a lot of LAN experience. Alliance, on the other hand, carted away $100,000 and another notch in their belt.