All we know about Rainbow Six: Quarantine

All we know about Rainbow Six: Quarantine ⚡⚡⚡ Esports and gaming news, analytics, reviews on WePlay! The latest news on WePlay!

Ubisoft has decided to create a PvE cooperative shooter, which might have shocked some of you. Still, Rainbow Six: Quarantine looks very intriguing and definitely has the potential to become something more than just another shooting gallery. Let's try to sort out what's this game going to be and how the audience could possibly meet it.

Where Rainbow Six: Quarantine roots from?

It all originates with Rainbow Six: Siege. In 2018, there was an event called "Outbreak". The players needed to fight something that hit the town of Truth or Consequences, New Mexico. Three Operators in a team had to do three different missions:

A meteorite fell in Truth or Consequences, New Mexico, and a local man Boyd Brooks goes down the crash site to find out what happened. It never turns out well, does it? Three days later, Truth or Consequences is closed due to quarantine. An unknown virus hit the population and some of the locals are already dead. When the Patient Zero, Boyd Brooks, shows up at the Sierra County Hospital, his eyes are red and he has the same red spikes grown from most of his body.

The first Operator to arrive at the emergency situation was Eliza "Ash" Cohen. She sees that the National Guard is fighting against the virus. After assessing the situation, Ash requests the government to allow Team Rainbow to come and deal with it. So, James "Smoke" Porter, Jordan "Thermite" Trace, Gustave "Doc" Kateb, Timur "Glaz" Glazkov, Maxim "Kapkan" Basuda, Alexsandr "Tachanka" Senaviev, Marius "Jager" Streicher, Sebastien "Buck" Côté and Siu "Ying" Mei Lin were sent as the support team.  And of course, they couldn't have done it without CBRN specialists: Olivier "Lion" Flament and Lera "Finka" Melnikova.

The event ends well as the operatives deal with the threat of alien contamination. The community liked the idea that Ubisoft made something very unusual in the game. The developers, in turn, understood the idea's potential.

What is Rainbow Six: Quarantine?

Tom Clancy's Rainbow Six: Quarantine is a three-player tactical cooperative shooter made within the Rainbow Six Universe. As the official press release says, the events start a few years in future. A fresh team of developers at Ubisoft Montreal created the original Outbreak events and when they felt fans' appreciation, it was decided to make an entirely different and separate game following the event's consequences. In Rainbow Six Quarantine, we will see the Rainbow Operators "face off against a totally new breed of mutated alien parasite".

So, the virus strikes again: more infected humans, new enemies, who are harder to fight, dangerous and challenging tasks as well as the entertaining plot.

Prepare to launch into tense, chaotic and totally unpredictable missions as you and your squad risk everything, every time you step into Quarantine.

The Operators will have to take the risks to save the planet. Ela and Vigil are confirmed, we can expect the previous ones to appear too: Smoke, Ash, Doc, Glaz, Kapkan, Tachanka, Buck, Ying, Lion and Finka. The game will also feature everything we know from Rainbow Six Siege: weapons, gadgets, abilities (although some of them are expected to be remade due to the PvE idea of the project) and level destruction system as it is built on the same engine. 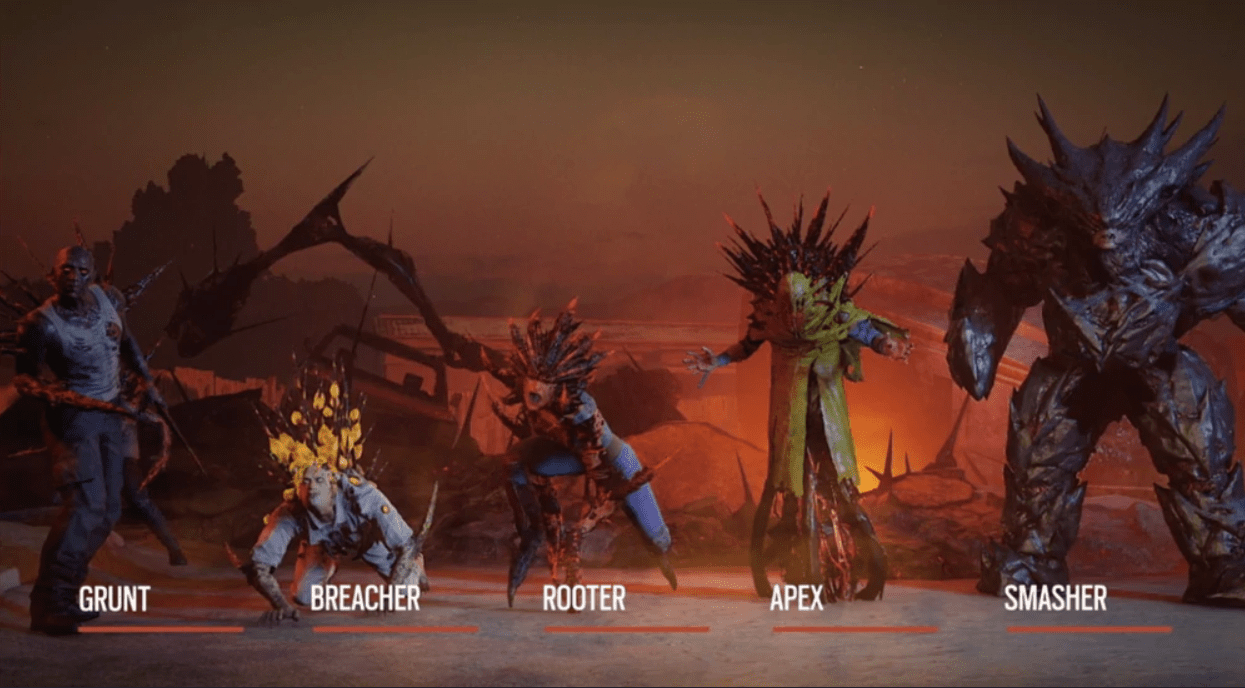 It looks like Ubisoft are really into Rainbow Six Universe. Even with Rainbow Six: Siege launched in 2015 and wasn't quite popular until last year, the developers are investing into the game as esports discipline and, as we can understand thanks to Quarantine, fan-service. Siege has a lot of lore in it: the links between characters, dramatic stories, you know, Operators are personalities, they are people, not just standard skins.

It all sounds unfamiliar to the shooter esports scene, as Counter-Strike and other not so popular representatives are all about people who play the game and not about who is the one holding the gun and fighting each other. Such a way to develop your game only works for it: people love when there's a history behind everything when you can associate yourself with one of the characters, where you can understand why they decided to join the Rainbow Six. You may have seen the same situation at Apex Legends, but this project is too young and... raw when talking about lore.

We can't really tell what are Ubisoft's true plans about Rainbow Six: Quarantine: just another economical project or tribute to fans. It will all unveil only in 2020 and in further years when the community will either accept and like the game or deny and claim that Quarantine is just a milking of their wallets.