Age of Wonders: Planetfall is the newest release from Triumph Studios and it is a 4x turn-based strategy video game. Pretty fancy genre, eh? Apart from being very new, this game features six different factions at its launch and each of them has different units and gameplay.  Having said that, choosing the right faction for you is a very important decision because it will pretty much determine how you actually play the game. Of course, each faction has its own skills, weapons, and mechanics.

Let's take a look at each faction up close.

As mentioned above, there are six factions in total to choose from in Age of Wonderlands: Planetfall. They are all unique in pretty much everything - ranging from weapons to different technology tree. This means only one thing - no matter which faction you choose, you will be able to have a unique experience. Having said that, let's take a look at them a little bit closer. 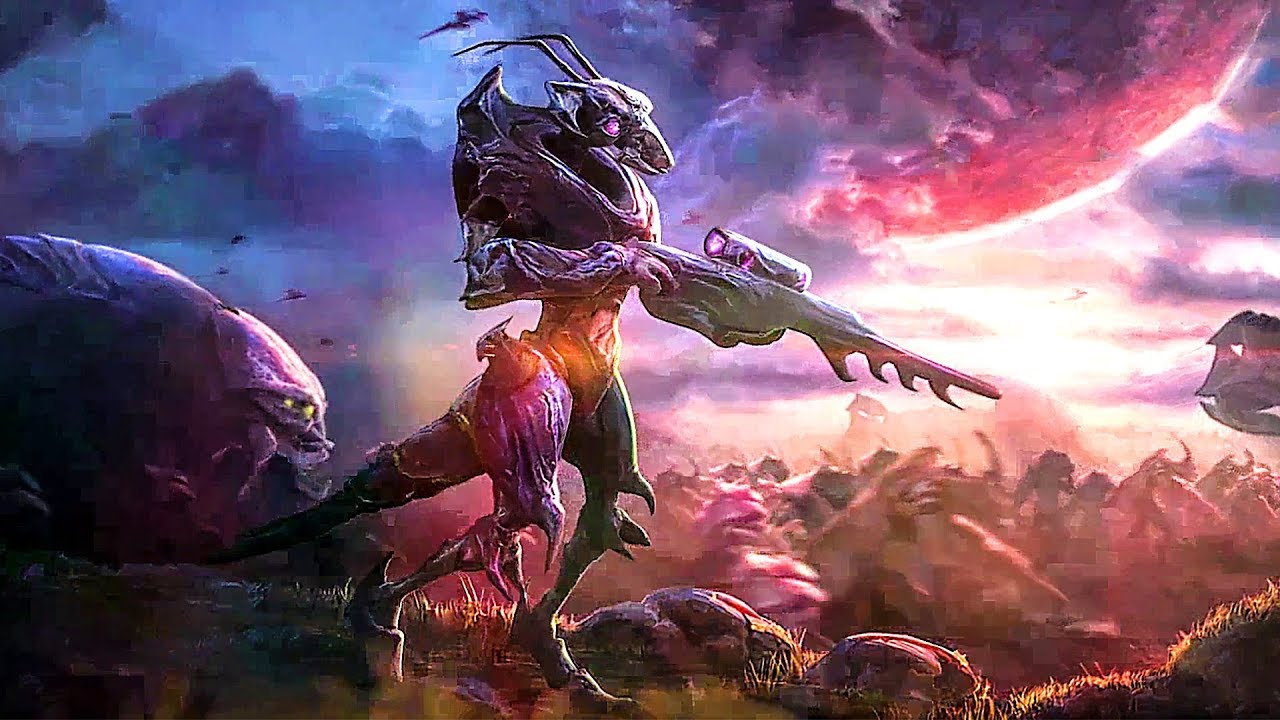 Unlike the other factions in Age of Wonders: Planetfall, this is the only one which basically consists of Aliens. According to the lore, the Kir’Ko was one of the first life forms discovered within the reach of the Star Union. In fact, they were discovered in a jungle planet where pretty much everything was designed in a way to kill you.

However, everything changed once Imperial Xeno showed up and enslaved this species. Once a prosperous kind, they were forced to work and obey their new leader. Lucky for them, this did not take long because soon after the collapse of The Star, the Kir’Ko quickly evolved and adapt to the new way of life. Now they have only one task - to take revenge for what has happened to them.

In terms of the gameplay, the Kir’Ko is a team-bases race which requires more units in order to be efficient. Apart from the sheer numbers, they also get addition buffs to their melee and ranged attacks. Oh, and let's not forget that they can also summon all kind of minions to help them. 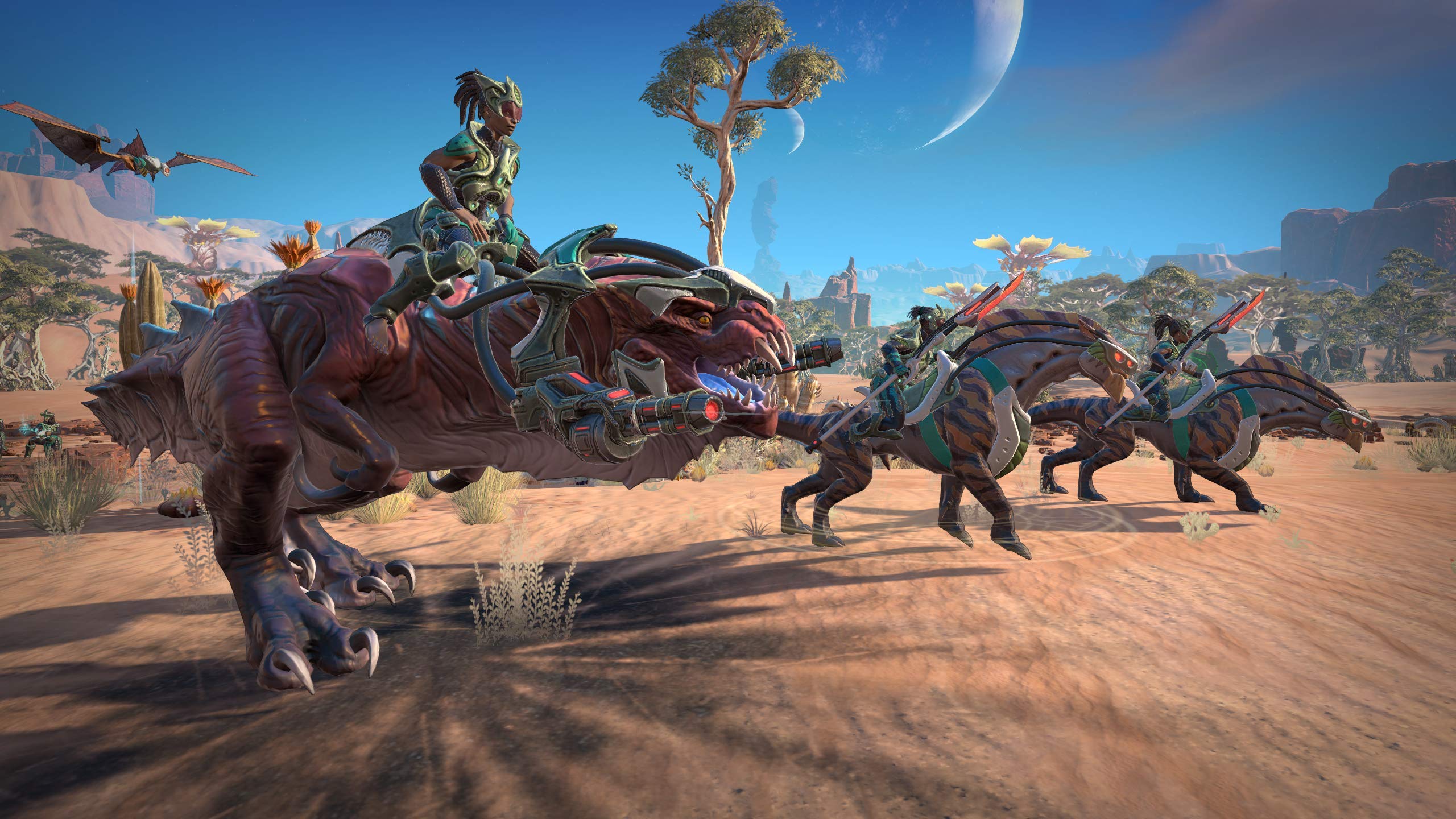 This is going to be one of the go-to factions for most players out there. You might think that this is due to their strengths, right? Well, there is that, but the big hit here is that this faction consists only of female characters. In addition to that, they also have the power to control the environment around them and use some of the most amazing mechanics in the game such as different animals, bow techniques and more. It is important to know that the Amazon faction uses the Biochemical element. In other words, nearly all of the damage you will do is going to use Bio, which is not a bad thing. 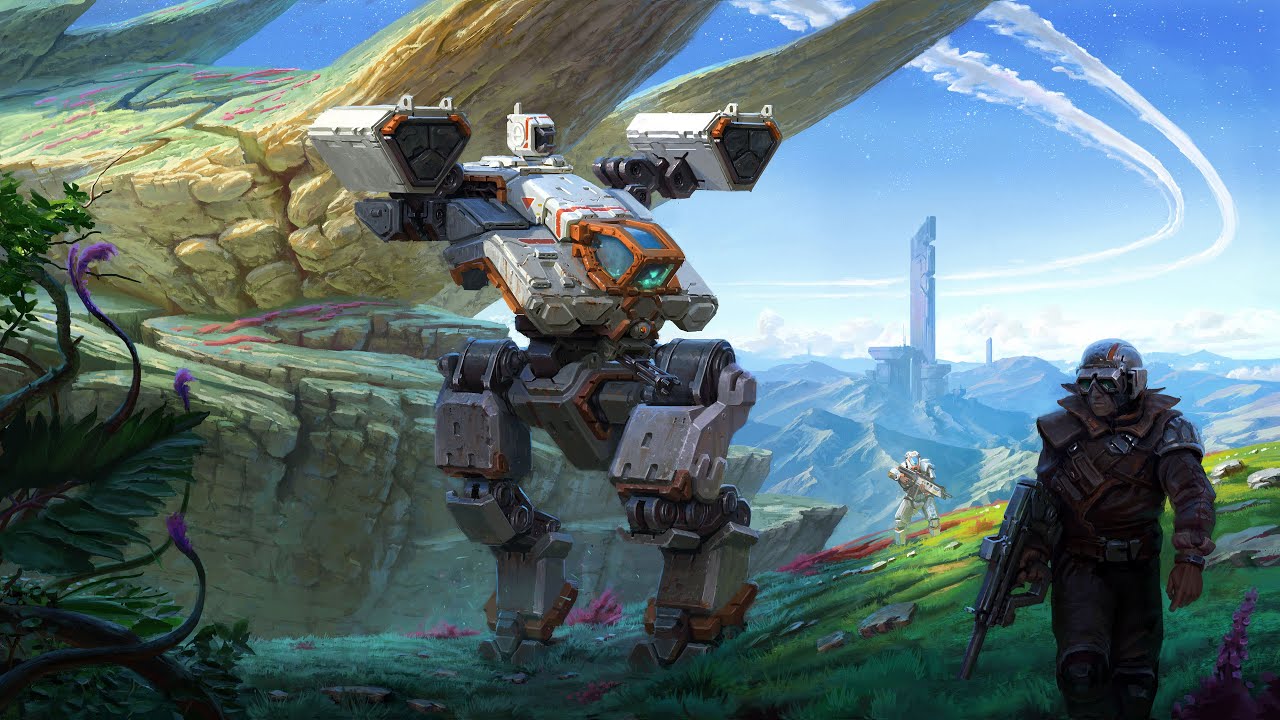 If you are the type of guy who wants to play a human in every game, this one is for you. This faction is based on normal humans who happen to be space soldiers. In terms of means of doing damage, they have various range of rifles, choppers, and other equipment. This makes them a very good choice to start the game with because they are somewhat easier to pick up.

The Vanguard also has different units which can be used to defend or attack others. Having said that, they all have different stats, damage, and abilities, which means that you need to choose the proper ones for the job. 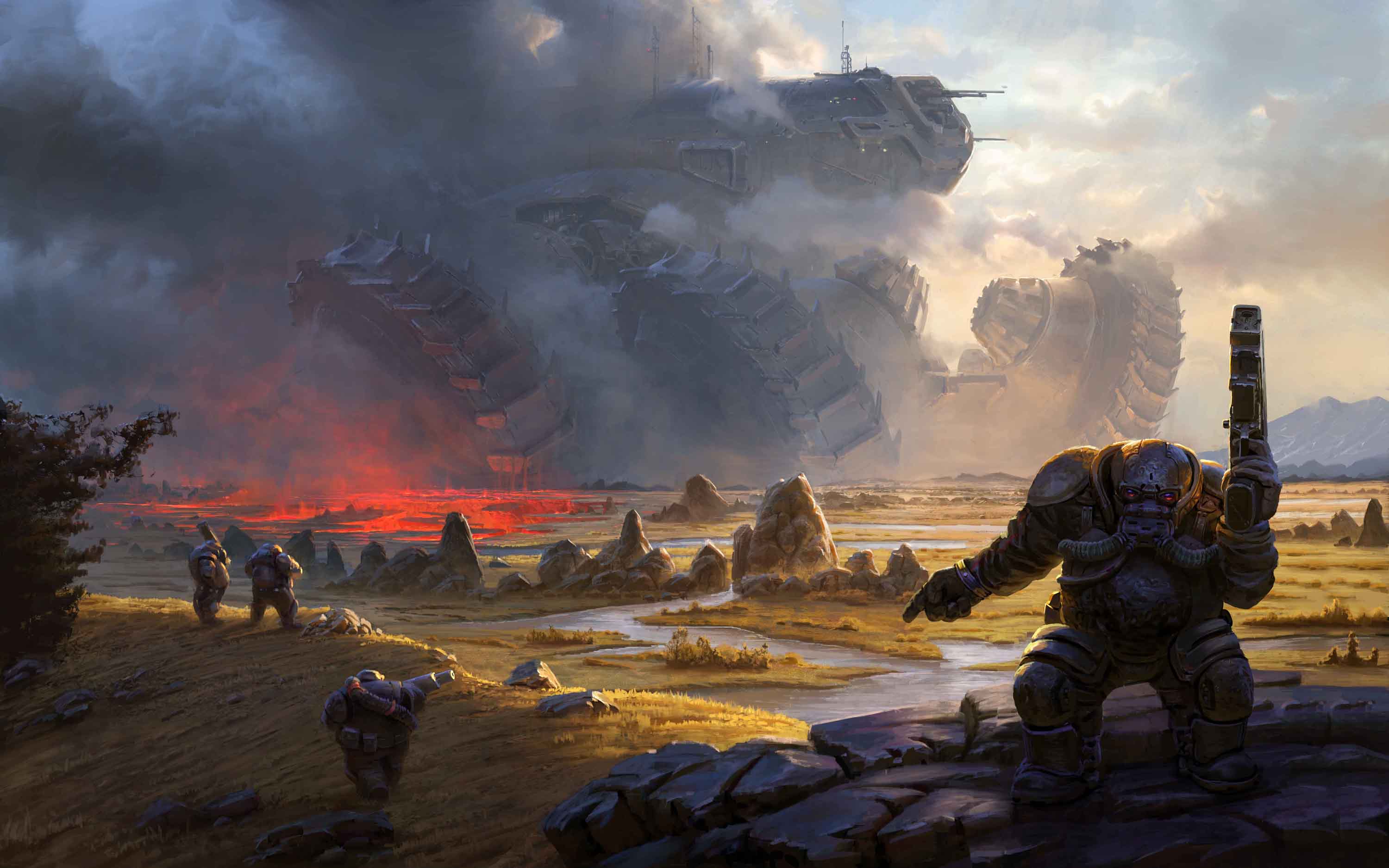 Every single game seems to have its special dwarf race. Well, in the case of Age of Wonders: Planetfall, this is it. Since they are dwarves, they are one heck of a hardy faction that is capable of work in some of the most severe conditions in order to provide you with one of the best armors in the game.

Apart from being hardy, they can also make powerful vehicles that can do tons of damage. What's more, they are even capable of reshaping the land to their likes, making them one of the go-to choices for some players. 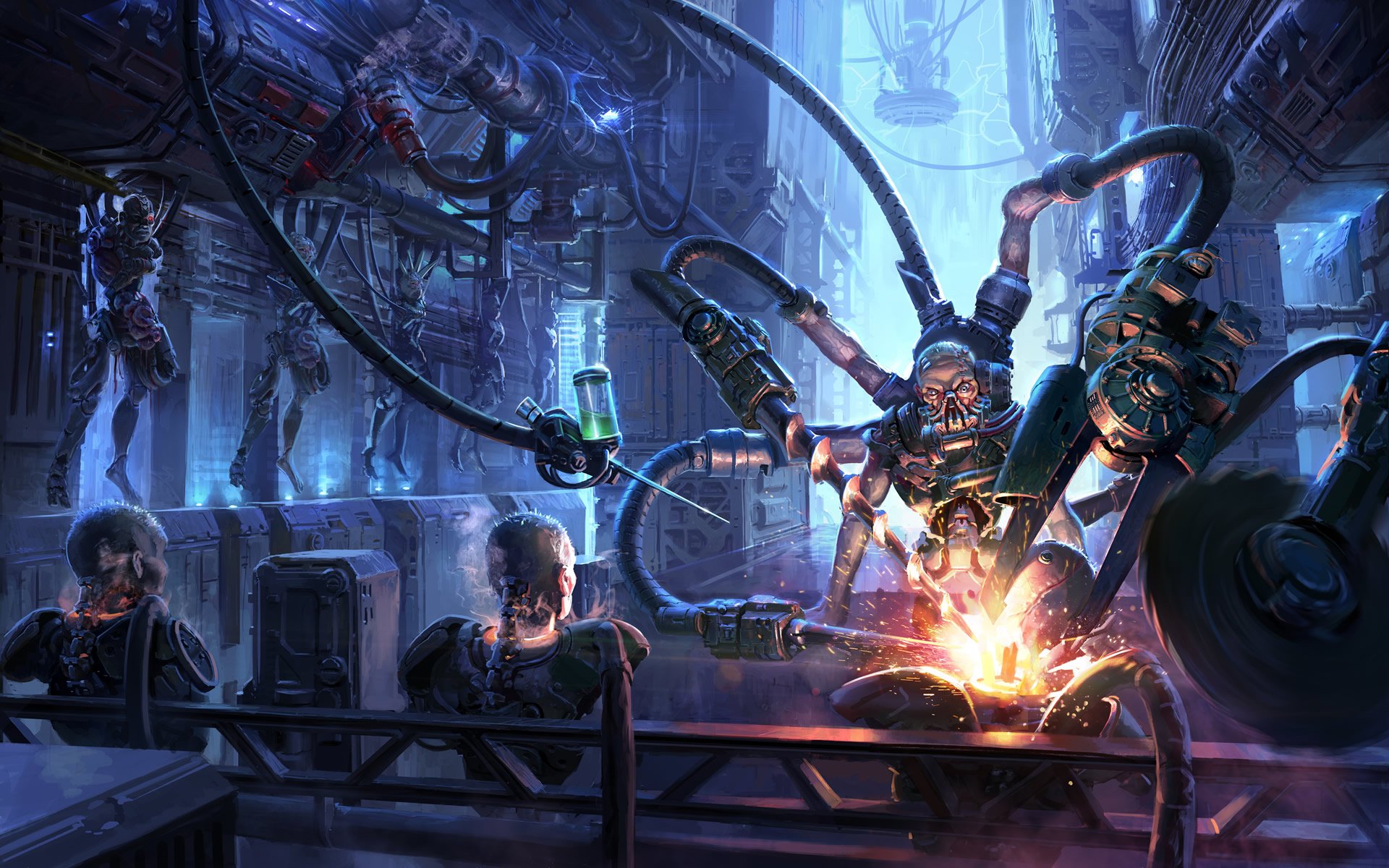 The Assembly is essentially a faction of super-soldiers which is created by the Paragon Augmentations corporation on a planet called PRGN-X5. However, after the big Collapse, these soldiers began to realize what is happening and started to rebel against the scientist which were controlling them. This war resulted in great damage for both sides as there were many nuclear weapons destroyed.

In other words, this faction is one of the best killing machines in the game. In order to fulfill their task, they are even capable of using the organs and other parts from their dead enemies. By doing this, this faction is able to heal their units very well.

At first glance, they seem to be the bad and scary faction in the game. However, it all comes down to how you actually play them. They are more than capable of becoming leaders as well as mindless killers. 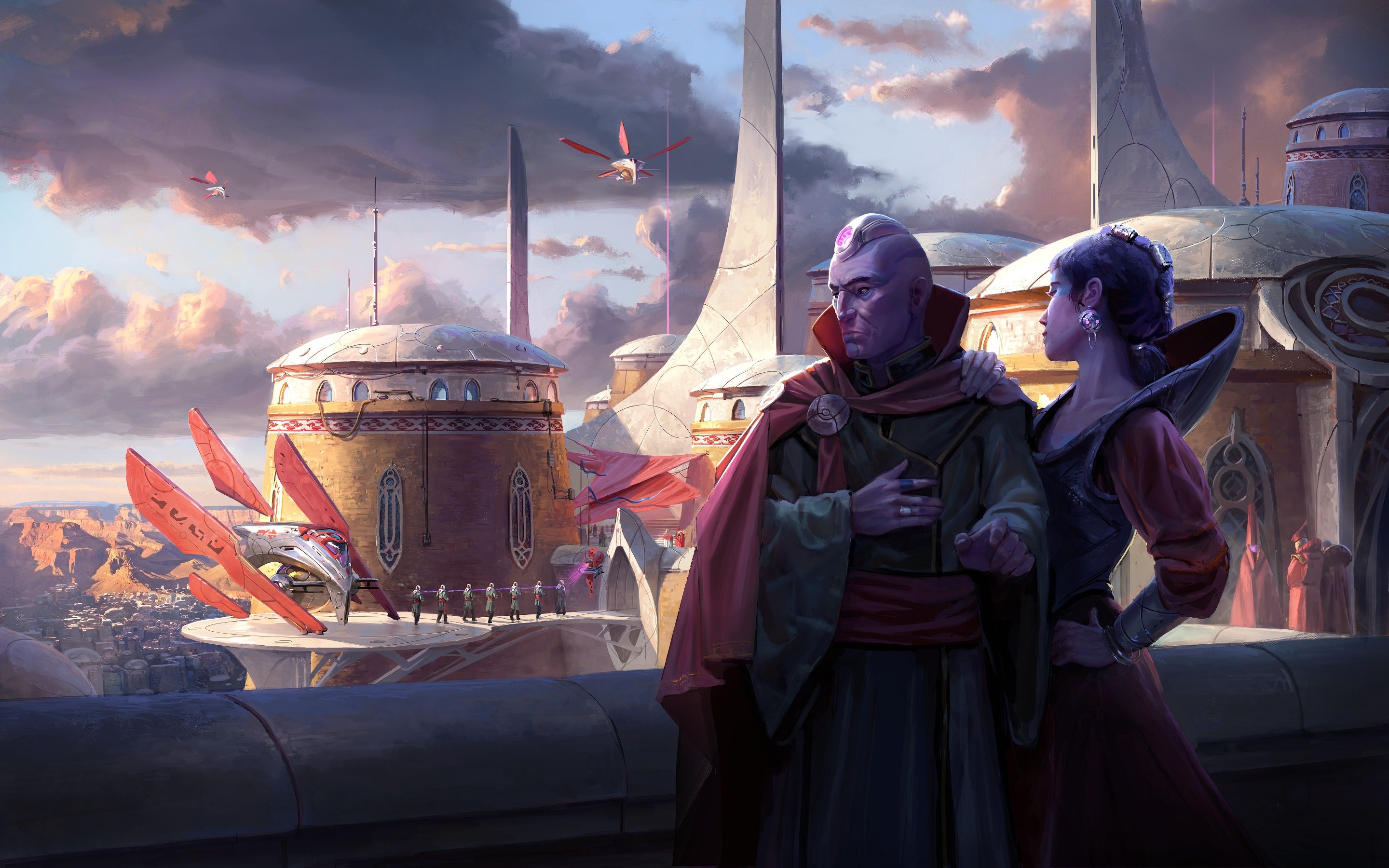 The Syndicate Faction can be summarized as being very manipulative and rich.  They specialize in Cover Operations and are also very good at negotiating. In fact, this is always going to be one of their main weapons. Having said that, they are also very dominant slavers and their army consists of slaves.

All of this makes them the best choice for the "sneaky" players. If there is a perfect way to describe them, think of the Rogue class in World of Warcraft. They are excellent at doing insane damage while also being very elusive.