According to Newzoo global esports revenue will reach $1.1B this year

According to Newzoo global esports revenue will reach $1.1B this year ⚡⚡⚡ Esports and gaming news, analytics, reviews on WePlay! The latest news on WePlay!

Nobody can't deny that the esports industry is growing rapidly every year. It's just a real fact. And the numbers are saying the same. According to the gaming and esports analytics firm Newzoo, this year the esports market will reach $1.1B which is 231 million more than in 2018.  Newzoo projects this number to reach $1.5B by 2022. $409.1M will be generated by North America, with China accounting for $210.3M. 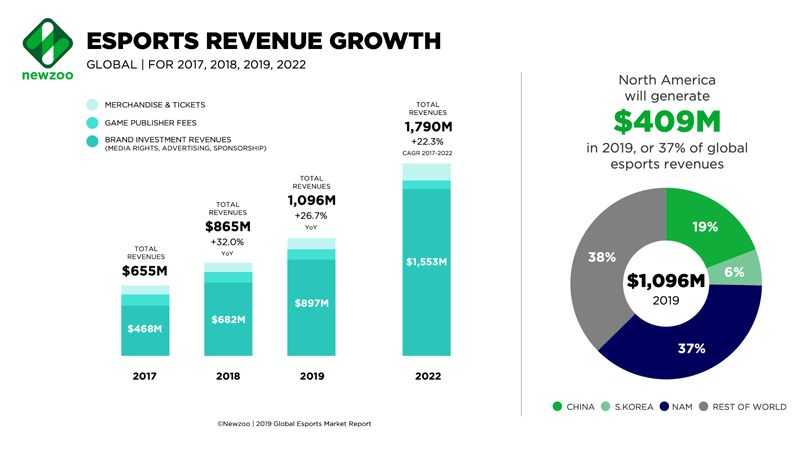 According to the report, more than 80% of the total revenue will come from brand investments such as advertising and sponsorships or media rights.

An integral part of this success is obviously viewers. Nwezoo's report states that the total amount of audience will reach 453.8M this year, while the half will be "esports enthusiasts", people who watch esports professional matches more than once a month. The biggest amount of viewers will then come from the Asia-Pacific region (57%), while Europe accounting for 16% and North America making up 12%. In 2019, Newzoo projects that global average revenue per Esports Enthusiast will be $5.45. 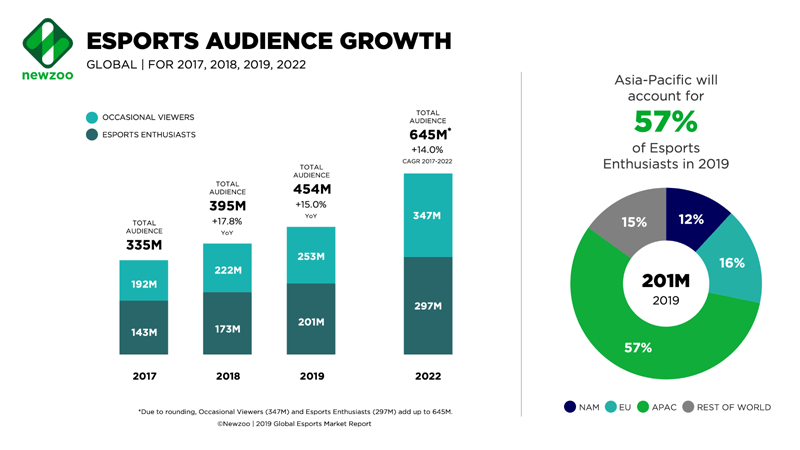