WePlay! Dota Underlords Open with the prize pool of $15,000  starts in less than 24 hours. Here are you can check out all the details here.

Here are the reasons why you want to follow the tournament broadcast.

Reason #1: A Whole New Chapter in the history of Esports

We are about to begin is the first big Dota Underlords tournament with open admission and crown the best player in the European and the American regions. The soft region-lock system provided comfortable conditions for people from almost all over the world to throw their hat in the competition.

Autobattlers haven’t been shown on a big international stage before. Very few organizations like the Korean TV channel OGN ventured into the genre so far. We are extremely proud to be the pioneers of the genre on the international scene!

Reason #2: The Gangs of New York are Back

Every WePlay! event has a special theme which dictates how the production works, what the casters wear and the type of entertainment plugs used between matches. The open-ended lore of Dota Underlords practically set the theme for us and we are going to dive deep into a world similar to Gangs of New York.

Our casters will act as underworld Godfathers rooting for their own gangs. You can learn more about the theme of WePlay! Dota Underlords Open on this page.

Reason #3: A Talent crew to die for 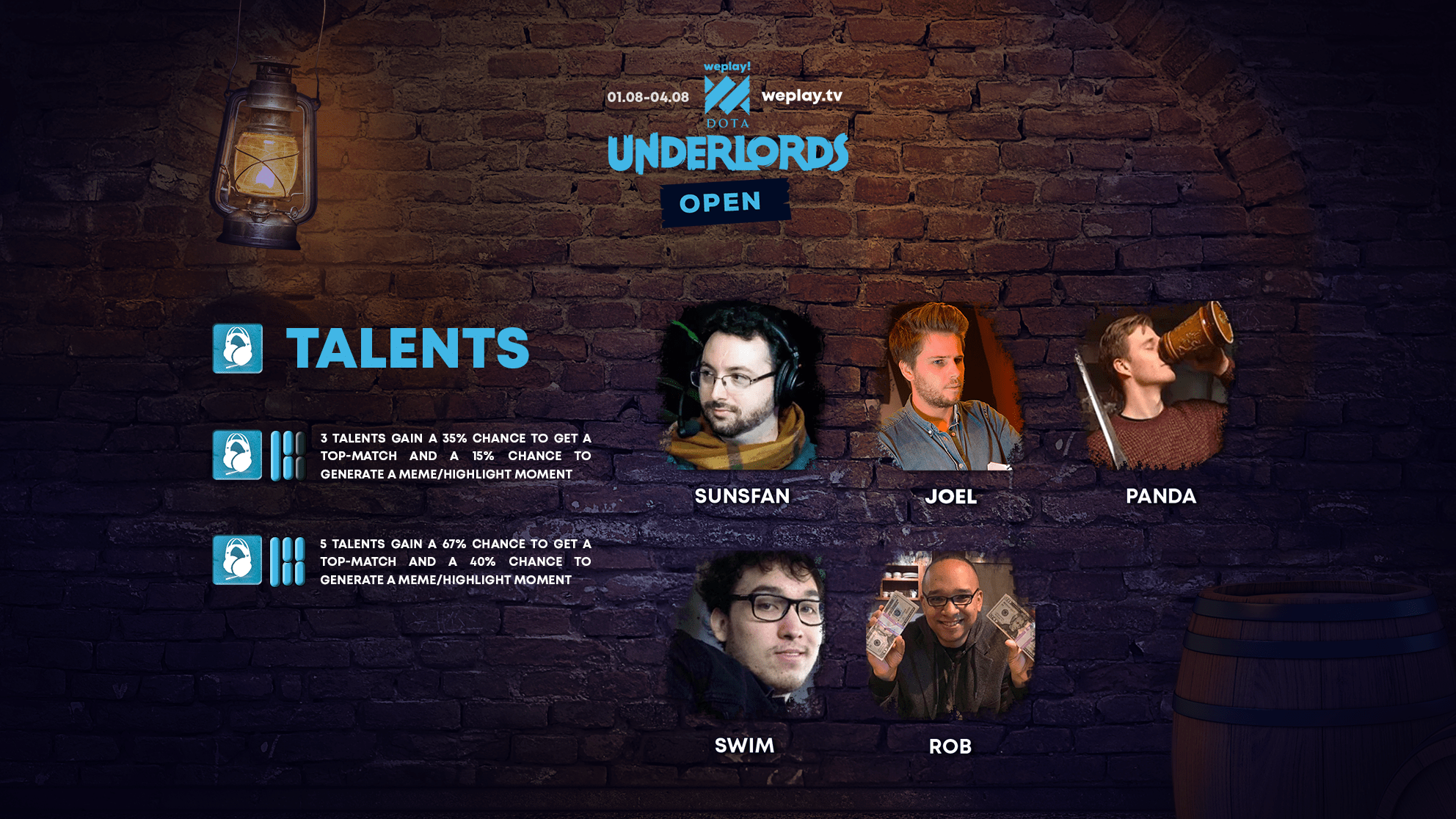 Our talent crew is getting ready to take on the role of the underworld Godfathers who will help us navigate and survive the streets of White Spire.

With this crew expect nothing but:

How better to show your devotion than spend your B-Day traveling to an event?

And the following tweet shows that we all are super serious esports professionals here =).

(It starts on Thursday :P)

Reason #4: Every player earned the spot

Many big tournaments invite players. Sometimes participants qualify months ahead of the main event and play in a suboptimal shape. The WePlay! Underlords Open participants are fresh out of open qualifiers that were organized in a way to treat everyone equally.

Every player had a couple of days to recover and reflect on the strategies. The online setting will also provide the most comfortable conditions.

Reason #5: There is no better place to learn the game

Whether you are a few wins away from hitting Lords or you’ve never even touched an autobattler game before, the broadcast will be engaging and educational for you. Most of the casters are professional gamers themselves who are happy to share their knowledge.