48 minutes into the world of Death Stranding at TGS 2019

48 minutes into the world of Death Stranding at TGS 2019 ⚡⚡⚡ Esports and gaming news, analytics, reviews on WePlay! The latest news on WePlay!

Preparation before missions appears to play a strong role in the game. Players get to pick equipment and build a loadout while trying to balance Sam Bridges' cargo. The game map was revealed to be expansive, featuring a topographical view and allowing players to plot their own course using markers. The map is a huge help since it allows fans determine what equipment will suit each mission.

We also got to see how multiplayer works. Though players won't get to interact with one another directly, fans will come across things they've built. For example equipment left behind to cross gaps in the ground. You even have the option of thanking them for their help and hopefully this could offer player benefits. 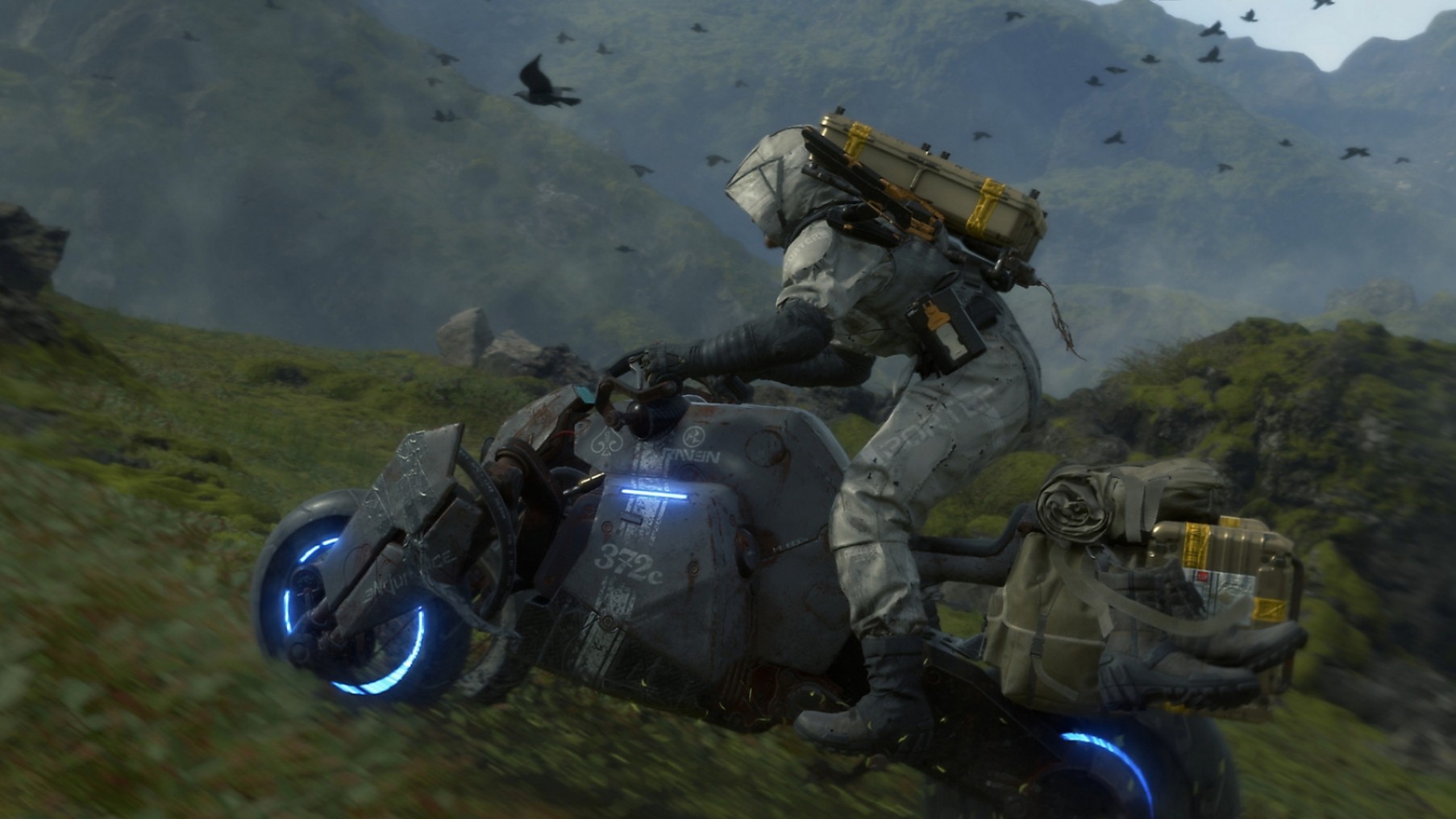 Traversal in the game has numerous options. In the video we see Sam steal a MULE truck, ride a motorcycle and even a hoverboard. There's an Active Skeleton players can equip which will allow them to move faster and jump further than his cargo would normally allow. Equipping the Floating Carrier will allow Sam to move some of his cargo on the same hoverboard mentioned before, which will now follow from behind.

Since cargo plays a huge part in the game, when forced to battle enemies, players can lighten their load to allow for more maneuverability. Weapons include different types of grenades and even an Anti-BT handgun for the harder foes.

The world of Death Stranding has lots of facilities and after gaining the trust and support of residents, you can add them to the Chiral Network which probably has bigger story and gameplay implications. This is clearly part of the game's theme about connection people. Players can also enjoy some downtime in-game, letting Sam stretch his legs, massage his shoulders and even catch naps or use Recharging Springs.

It's clear to see how much of Metal Gear Solid V: The Phantom Pain's gameplay mechanics evolved into Death Stranding. It's almost like a natural progression of ideas, with the video providing deep insight into the activities they can get up to in the game.

Interesting enough, these videos are as a result of fan complaints about not understanding what the game is about. It's quite clear Kojima wants discovery to be a huge part of the game's experience but all the mystery has forced him to show more of it than he had probably planned to. A briefing video released earlier gives a much better understanding of what Sam's mission is.

Death Stranding launches on November 8 for PS4, but we still have one more video to look forward to on September 14. What Kojima has planned to share in that video is anyone's guess.